This is your child’s brain on books: Scans show benefit of reading vs. screen time 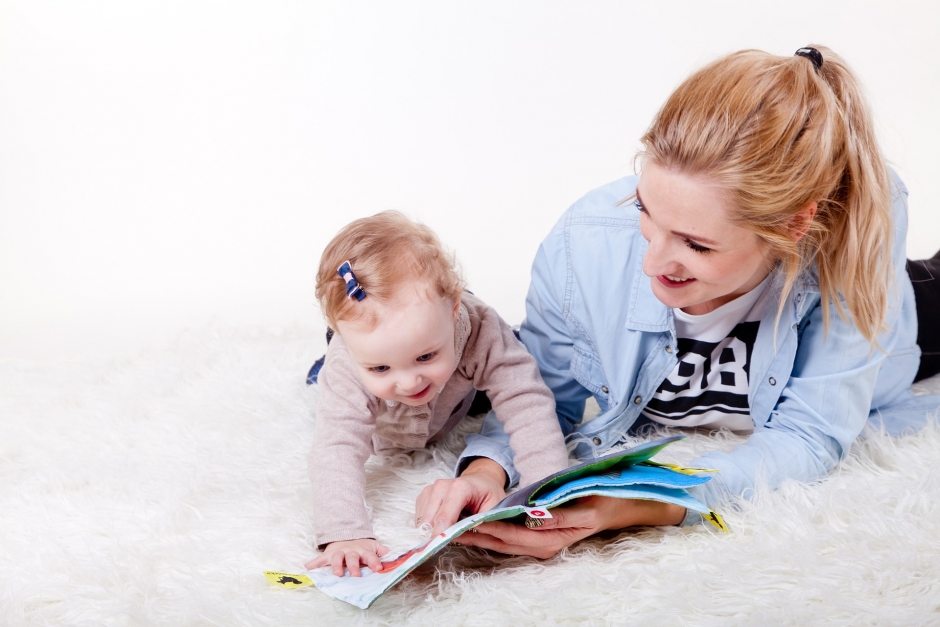 Taking away screens and reading to our children during the formative years of birth to age 5 boosts brain development. We all know that’s true, but now science can convince us with startling images. 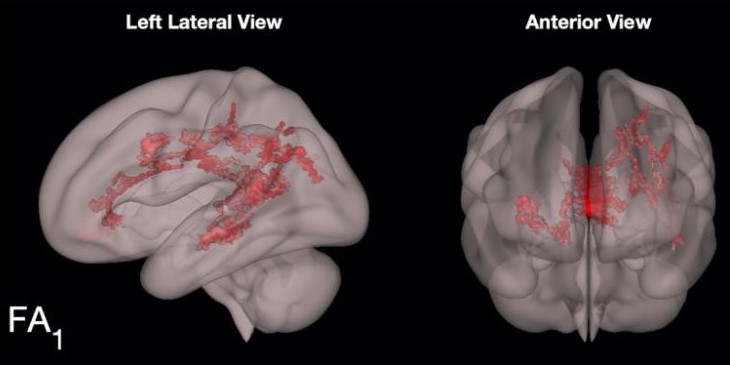 This is the brain of a preschooler who is often read to by a caregiver.

The red areas in this scan show a growth in organized white matter in the language and literacy areas of the child’s brain, areas that will support learning in school.

The red shows the increase in organzied white matter in the language centers of the preschooler’s brain. 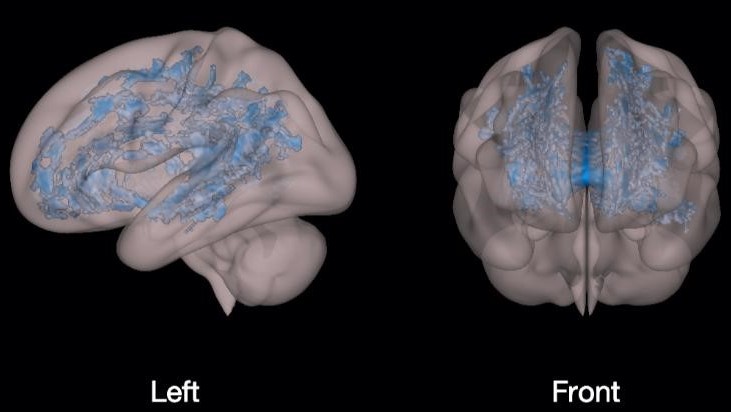 This is the brain of a preschooler who likely spends an average of two hours a day playing on screens.

The blue in this image shows massive underdevelopment and disorganization of white matter in the same areas needed to support learning in school.

The blue shows the massive underdevelopment and disorganization of white matter in a preschooler who is using a screen (television, tablets and smartphones, etc.)

Both images are from recent studies done by the Reading & Literacy Discovery Center of Cincinnati’s Children’s Hospital. They are the first studies to provide neurobiological evidence for the potential benefits of reading and the potential detriments of screen time on a preschool child’s brain development.

“This is important because the brain is developing the most rapidly in the first five years,” said lead author Dr. John Hutton, a pediatrician and clinical researcher at Cincinnati Children’s Hospital.

“Kids who have more stimulating experiences that organize the brain are at a huge advantage when they get to school,” Hutton said. “And it’s really harder and harder for kids to catch up if they arrive behind.”

Both studies used a special type of MRI, called diffusion tensor imaging, to examine the white matter of 47 healthy children between the ages of three and five who had not yet started kindergarten.

The brain’s gray matter contains the majority of the brain cells telling the body what to do. White matter is made up of fibers, typically distributed into bundles called tracts, which form connections between brain cells and the rest of the nervous system.

Increasing and organizing white matter is critical to the brain’s ability to communicate across its various parts, boosting its functionality and ability to learn. Without a well-developed communication system, the brain’s processing speed slows and learning suffers.

“Children are born with more neurons than they’ll ever have in their life, essentially a blank slate,” Hutton said. “Depending on what type of stimulation the child has with caregivers — being talked to, being held, going outside, being read to — connections between these neurons are reinforced.”

Experience thus “hardwires” those connections in the brain, Hutton said. But any that aren’t well used are pruned by the brain and die off.

“And even though the brain can change and learn at all ages, it’s much more efficient in the first five years, and that’s why those early childhood experiences are so important,” he said.

In addition to brain scans, the children were also given cognitive tests. When it came to screen time, kids who used screens more than one hour a day had poorer emerging literacy skills, less ability to use expressive language, and tested lower on the ability to rapidly name objects.

In contrast, children who frequently read books with their caregiver scored higher on cognitive tests.

“We found essentially the opposite effects of screen time,” Hutton said. “But it does seem to be very localized in the sort of classic language and imagery tracks that are more directly relevant to reading.”

Screen time, on the other hand, gets in the way of more than reading, “such as playing with toys, using imagination and going outside,” Hutton said, “thus interfering with all kinds of activities that would benefit different parts of the brain that aren’t just related to reading.”

What type of reading was most important?

“What really seemed to drive the bus, at least based on this analysis, is just showing up and doing it — reading to your child on a regular basis,” Hutton said. “And, to me that takes a lot of pressure off parents to find the perfect book. Just keep reading in a loving and consistent way.”

How to read to your preschool child

There’s no one “best” way to read to your child, say experts. But research does provide some tips on what may work best to engage and entice your child to love books and reading.

The National Institute for Literacy has compiled science-based suggestions which include: 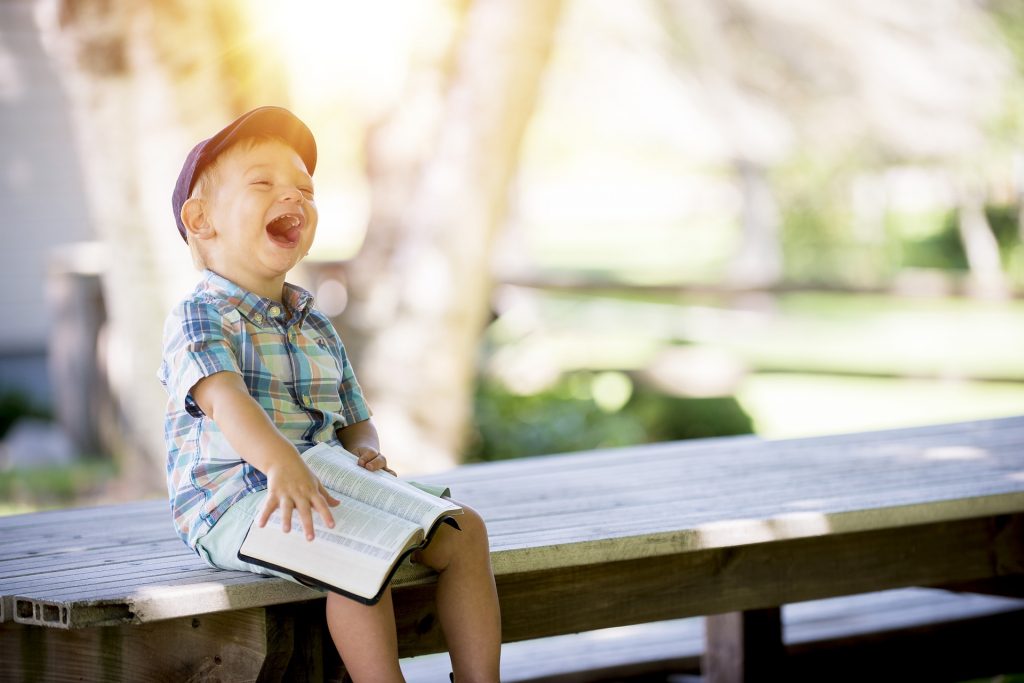 1) Start from birth by talking to your child and responding to their attempts to “baby talk”.

3) Have your child use their imagination and make up stories — and ask lots of questions about those invented tales.

4) Pick books with interesting characters — and don’t be afraid to role play with different accents and voices for the characters.

5) Have your child point to pictures and words and repeat them.

6) Most important — enjoy yourself!

You can find out more about which cookies we are using or switch them off in settings.

This website uses cookies so that we can provide you with the best user experience possible. Cookie information is stored in your browser and performs functions such as recognising you when you return to our website and helping our team to understand which sections of the website you find most interesting and useful.

Strictly Necessary Cookie should be enabled at all times so that we can save your preferences for cookie settings.

If you disable this cookie, we will not be able to save your preferences. This means that every time you visit this website you will need to enable or disable cookies again.

This website uses Google Analytics to collect anonymous information such as the number of visitors to the site, and the most popular pages.

Please enable Strictly Necessary Cookies first so that we can save your preferences!